Growing up to charity

Every successful entrepeneur has to grow up to selflessly give others from that he or she has. – says Zoltán Marczali, the managing director of the MASC Ltd. providing accountancy and HR services, who points the way with his own example.

The Cifra Workshop gives the ancient values to the smallest, shows them our heritage.

„All successful companies, firms can be expected to take social responsibilty, to stand up for some good cause.” – says Zoltán Marczali, who leads his own enterprise also in this spirit.

„We need to grow up to give back something of what we have, to make our milieu better. Success also comes with responsibility, we need to set an example – says. He adds: this not only increases the prestige and self-esteem of his company, and it is a message not only to the world, but also to the colleagues, who know that they work for a responsible firm.

„Help” is an important word in MASC’s life, since, in fact, our activity is based on it: we provide our customers not only simple services, but real and supportive help to ensure that their business operates effectively. I think that a successful enterpreneur should take the lead not only in his own market, but also in his milieu. Of course, it is not a new idea, these roles could be found also in the old ages, let’s think about maecenases and patrons. In Hungary, it is still mostly in infancy. In the more advanced societies, it is more natural that people move if something has to be taken for their milieu.” – says the company manager.

The manager of the MASC has found that goal – many years ago, among his own acquaintanes – to which he could stand with serene heart and with which his colleagues could identify themselves. The Cifra Workshop in Győr set the goal to preserve and nurture the varied folk culture of the Carpathian Basin. With help of colorful programs, they show the preschool age-group the valuable treasures of our folk culture. Gábor Deésy, the leader of the association wants to pass on our main values to the next generation, to bring to the eyes of the people and show the little children the real values in this increasingly superficial and consumption-oriented world.

The Cifra Workshop therefore organizes exhibitions, performances, concerts, dance houses, invites the interested parties to professional forums and camps, builds and strengthens the cultural relations between nations, provides valuable programmes for the smallest age-group in kindergartens and schools. It introduces, promotes and thus protects the cultural heritage of Hungarians, whether it is folk music, folk dance or other art form.

Who would believe that everything started with a room full of furniture….?

„Many years ago, from a family estate, we brought home the entire furnishings of a so-called „clean room” from a small village called Méra, in Kalotaszeg.

We presented the gaudy furnitures and folkweaves in many places, and people marvelled at the original, clean objects everywhere. However, we have noticed that they have a need to be involved and to actively learn about folk art. We wanted to do more, to show up values, so we started looking for kindergartens and schools, and we see, that the children are almost starved of real experiences, valuable programs. – says Gábor Deésy, who has brought joy to many children with his team on the occasions and in the children’s camps.

Children and adults are happy to dance, archery, craft, and after a few minutes even the shyer, retrocedent children play obliviously…

The ornate décor of the clean room of Kalotaszeg impresses everyone.

Bridge to the help

MASC Ltd. joined this work with its support, most recently providing financial assistance in the preparation of a Cifra colouring book. This book containing beautiful motifs, notes, poems, tales has reached many families, and it is such a big success that it will be continued…

So, it was a great reunion between the civil society and the successful enterprise. Zoltán Marczali encourages everyone to find the purpose in its milieu, for which it is worth giving and moving. In addition, he will help you with that soon.

– Many company manager has money and even intention to do charity work, but they do not really know how to start, they can’t find meaningful goals. In addition, there are a number of civil initiatives which have valuable purposes, but do not have financial resources. We want to create a social platform where these two sides can find each other. We would like to be the bridge between the responsible enterprises and the civil initiatives, guaranteeing that the money of the supporters will be placed really in the best place. – says the manager. His idea was inspired not only by his own enthusiasm, but also by his experiences: among his customers there is often a will to do, the good intention, which only requires a little push to become a real, active help.

← I want as many people as possible to recognize that the accountant is not a necessary bad About us at Forbes: Why is MASC an accounting firm different? → 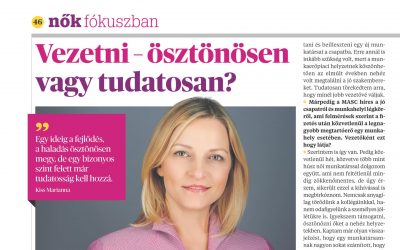 Being a manager – instinctively or consciously? / Newspaper article

“For a while, development and progress goes instinctively but above a certain level it needs consciousness.”- says... 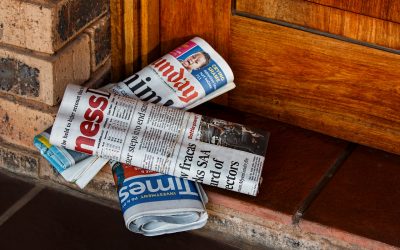 MZ/X – an accountant from the space / Newspaper article

The following interview was published in the supplement „Men in focus” of Kisalföld county daily newspaper in March... 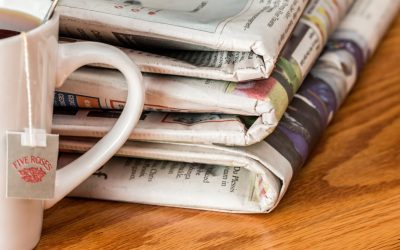 The last month was very exciting for us. We are very proud of that you could meet us in many media channel in this...