How far is Kolozsvár?

In two previous blog posts of ours, we dealt with masterstrokes of a conscious staffing King, give me a soldier, and with „virus workers” who poison the atmosphere of the workplace

Bacteria and viruses in the body. I finished these writings with the promise that I would answer the following questions:

It is possible that the topics of the previous two articles are somehow related? By the end of today’s blog, this will be revealed.

Do you know the joke about the szekler driving the car down the road when he’s addressed by a student-form lad:

“Brother, is Kolozsvár far away?”

“It’s not far,” replies the szekler.

The student asks if he can sit up and the szekler says he can sit up. It’s an hour, two hours, they’re still going. Finally, the student can’t take it anymore and asks:

“Brother, is Kolozsvár far away?

And the old man says,

I start with this joke for a reason, because many company leaders may know the feeling where they might think that they can sit back a little bit now, relax a little, because the workforce in their company is so great, the team has never been so good, everything is fine, so you might as well think that Kolozsvár (i.e. the coveted goal) is no longer far away, even when the company’s wagon is moving in the opposite direction. I often encounter also myself this situation, that beneath the surface, which looks very beautiful from the outside, there are serious problems: dissension between colleagues or operating units, cliqueing, bad mood. And what – or rather, who – causes these cracks. Well, those are the virus workers I’ve written about before.

The biggest problem is that these problems will eventually affect production.

Anyone who has read an article from me could notice that I am happy to bring examples of football, and I often try to make the world of business more understandable with examples that I borrowed from the world of football. This may not be a coincidence, I have been playing football for 30 years, although my friends say it can not be seen on me, so these years were not enough for me to master the masterstrokes of football at a high level. They may be right about that, because I wasn’t particularly talented, but I was a real fighter, I always threw myself into the fight with great will, and I never gave up on even if we were standing to lose. I mean, I had awfully lot of intentions to win! And that strong intention is one of the most important pillars of effective leadership, so it wouldn’t hurt if you have 😊.

But back to the ball: so I realized during writing the article that football is a very good analogy to staff building, and on the other hand, it’s just as much a team game as trying to build a team, in a company and play a game called production/service.

I’m sure you’ve heard me saying that HR. joke about how to avoid staffing problems in your company? Well, don’t employ the wrong person. 😊

This can only be achieved by conscious staff selection.

But at which point can awareness enter into the staff selection process first?

Let’s talk about the recruitment selection process. We, at MASC Ltd. work with a well-developed method of staffing, for example. This is not the place of the advertisement, but if you’re interested, I’ll write you the details in a private message.

The essential element of this method are as follows:

– the most accurate compilation of the job profile

– and finally a face-to-face interview.

Throughout the process, the aim is to get to know the personality of the prospective employee as much as possible. And what’s interesting is that this selection process is in reverse order compared to the usual one! In the traditional process, a face-to-face interview is among the first points.

With this method, you can save a lot of time, because we have to personally meet only the candidates who most closely resemble our wishes. Not to mention the fact that in this current, health-tight situation, it doesn’t matter how many people we have to communicate with in person.

If we use the methods with enough experience, we will be successful in staffing and will have a bunch of productive new staff with good personality.

And then again here comes a football analogy: it’s not enough to have a bunch of good people. Having a lot of good players in your team does not mean they’ve got the team unit. Any football coach would be happy if Leo Messi or CR7 played for his team, but would these players be happy if they should be available for each post?

And that’s where awareness comes in for the second time. I mean, here, too. That we’re going to put the right man, in the right position. And here we can jump back to the beginning of the recruitment process: to create a job profile! The more accurately we determine who we want in our team, the more likely we are to find the person we’re looking for.

But how can the coach/manager reach that his many capable players become a good team? Well, if there’s a big “A” in the company. 😊

“A” means affinity: a measure of love, respect and acceptance of each other, which is very, very necessary in a workplace. The higher the “A” level in a company, the better the employees feel. Creating affinity is the leader’s most important task in conscious staff building!

But how can this be achieved? It’s not that complicated: with sincere interest and personal care. You just have to take the time to do that.

Even if we already have a lot of good people and a good team, you may have some kind of staffing problem in the company.

As carefully as we’ve chosen your colleagues, we may have difficulties. But if method described above so super (by the way, it really is!), then what could be the problem? Well, it’s that the leader did not act according to the method.  A typical mistake, for example – it happened in our company too– that previously recruited employees who had not yet been admitted to the company through this staff selection process, they had not been tested, since they had been here for so long, producing, we less think about tem as potential threat. They can still have destructive personality, and even if they are smart enough and work effectively, even then 8-10 years is not enough to realize that they are behind the unfavorable processes. We are ust going to notice that colleagues working near a “virusworker” quit for no particular reason, and they often falling ill. If you experience such signs, take a closer look at the company immediately. But we’ll get back to you on that a little later.

But how can you recognize it? For example, by training yourself purposefully in this area. I can advise you on that, too, if you’re interested.

😊But if you don’t have the knowledge to recognize the personality traits of your colleagues yet, you may misjudge them. It’s a huge mistake – relax, I have also made it –

I heard it from a great artist, the swedish Marten Runow in a lecture: Simply handle the situation. Let’s just say that your company is a boat. Is your man rowing or not rowing? If he’s not rowing, don’t think further. Don’t think too much about it. Don’t be rational. That man has no place in the group. He has no place in the boat!

It’s hard to do that, because as leaders, we overthink it a lot, we overcompensate. For ourselves. Because the colleague we’re talking about, trust me, won’t worry for a second that he’s not rowing. It only bothers those who are rowing properly.

Steve Jobs didn’t make it complicated! That story is legendary that when he returned to Apple, he immediately fired 3,000 employees because he considered that they were not rowing properly. So one of the keys to the subsequent success of Steve Jobs and Apple was that the leader was relentlessly consistent in staff management.

And a little football again. Being a Győr townee, I have been cheering for the local football team, called ETO, since I was a child. 35 years ago, this fotball team had a legendary coach, József Verebes. The fans called him the Magician. It is said that once in a match we had no more substitutes and the coach were not satisfied with someone’s performance in the match. You know, this player was not rowing properly. Verebes was going to get him off the field. The players told him from the bench, Master, we don’t have any more trades! It does not matter! Then we’ll be 10! – answered.

Do you understand? He didn’t complicate it either. We won two golds, two silvers and a bronze in five years. In the 35 years since then, no coach has been able to approach his achievements. So one of the keys to the success of the ETO and Verebes was that the leader was ruthless in staff management.

Well, you should not complicate as well!

When your good people leave you, examine them for what. Almost certainly because of a staff member with a bad personality or poor performance. It’s not the same thing, and it’s not the same treatment, so I’ll say a few more words about that.

If your good people leave, watch out for signs! And investigate the situation immediately. Do an exit interview with them. Ask them why they’re leaving. You’re going to hear interesting things.

Let’s look at another analogy. Your company is an airship! There’s a lot of extra sandbags. Of course, you also have sandbags (colleagues) that you need and produce. But you hesitate to throw the wrong man sandbags out of the airship, saying you can’t take anyone on his or her place because the job market is like that and so on.

And your airship is sinking lower and lower.

I suggest if you can’t find anyone to replace them, you should still throw out the unnecessary people. Just because they’re not going to be there, your airship is going to rise, which means your company is going to show better statistics that are going to attract good people. It’s simple, isn’t it? Only the first step is difficult to take.😊

So, how do you see it now? How far Kolozsvár is? 😊

← Bacteria and viruses in the body What can a cell do? – Or crisis management advice for intermediates 😊 → 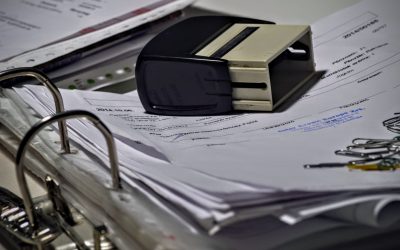 The 5 most important pillars of efficient payroll / social security administration

The 5 most important pillars of efficient payroll / social security administration We have put together a short survey...

Tax changes in 2022 We collected the most important ones!

This year, many significant tax changes enters into force. Therefore, we have now collected the most important ones... 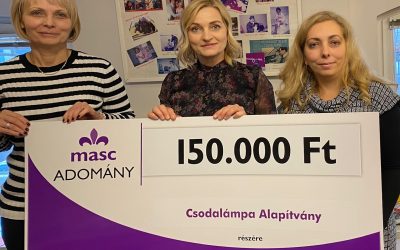 This year we were also happy to help two NGOs

Like many other companies, MASC Ltd. has surprised its customers and employees with various Christmas gifts for many...